While being deadly sick I feared that the boxes, together with the started to arrange “The Lithuanian Vocabulary” would not be lost: “These boxes are not befit to Būga, but for the Lithuanian asset”, – I wrote for my wife on the 7th of October, 1924.

Kostas Korsakas once said: „Pažiegė and Dusetos are like Mecca – a saint place for those, who treasure the Lithuanian language, who come to bow for the grand and noble individual, <…>. After all, Kazimieras Būga was the first Lithuanian linguist professional, who raised Lithuanian linguistics into the high scientific level, also, took it to the international language science arena.”

Skirmantas Valentas reminded us that „Algirdas Sabaliauskas divides that time linguists into two groups – first includes other nation individuals, who have a perfect knowledge of linguistics’ methods and directions, but the skills of Lithuanian language were average, second group – Lithuanians enthusiasts, who were lacking the linguistic education. Būga did not lack anything: he was the first Lithuanian professional of the historical comparative linguistics, who directed the Lithuanian linguistics to the way, defined by Franz Bopp, Rasmus Christian Rask, August Schleicher, Leipzig Linguistic School.”

Decide yourselves if its right to say that I am the linguistics romantic just because I wanted to create the particular thesaurus – “vocabulary treasure”: I thought up to register all the Lithuanian language words (not only the appellatives, but also the proper nouns – place names and personal names) and even to reveal the word origin – its historical, social, geographical and literary context. My three-decker “Rinktiniai raštai” (1958–1962) compiler Zigmas Zinkevičius is right “Būga vocabulary is not just explanatory, but also the historical and etymological one.” While I every time reminded “Every language vocabulary should be like a mirror, which reflects the face of the nation”.

So, I am reasonably acknowledged as the predecessor of the Lithuanian onomastics. It was me, who revived the old personal names for the new life. At first, my study of “Regarding the Lithuanian Personal Names” should be noted. There, Lithuanian name forms of the Lithuania dukes (GDL duke names that in historical sources were written in the other – Latin, German, Russian, Polish – languages, very varied, for example Jogaila, Jogailis, Jagėla, Jėgaila, Jogėlis; Algirdas, Algerdas, Algertas, Algirtas, Algirtis; Kęstutis, Keistutis, Keistutas, Kinstutis and other) were identified. My recreated duke names Mindaugas, Vaišvilkas, Treniota, Traidenis, Vytenis, Jogaila, Lengvenis, Vytautas, Švitrigaila have taken a strong position in our history, works of fiction. Maybe YOU, my listener or reader, are named by one of these names? And how many people do you know by these names? Best wishes for them…

“Linguists’ research has shown that the languages are the best historical source. You just need to know how to use it.”, “Only the ground may say where and what nations have lived there: you just need to know how to ask it and understand its answers”– these words of mine defines the research meaning at its best. “My Lithuanian, Latvian, Prussian and Belorussian land name studies have taken me to these conclusions: 1) Lithuanian and Latvian ancestors have lived in the modern Belorussian (Minsk, Mogiliov, Smolensk Gub.) land to the north from the Pripyat beside the sources of Berezina, Nemunas and Dniepre until the 6th our era century, 2) Suomi (Libyans and Estonian ancestors) tribes, before Latvians, have lived in the modern Latvia lands, 3) before Lithuanians settled in the districts of Utena, Dusetos, Salakas, Kupiškis, Biržai, there lived the Selonian tribes, in the districts of Linkuva, Joniškis, Žagarė – Semigallion tribes, Telšiai, Rietavas, Skuodas, Klaipėda – Coronians, in all Suvalkai land – Yotvingians or Sudovians.“

In my ethnonym works dominating conclusion: Lithuanian and Latvian ancestors may be found at the north from the Pripyat (beside the left affluents), near the source of Berezina and Dniepre, almost until the Soza mid-river in Smolensk Gubernia; Lithuanians have settled in their lands later than the Selonians and Latvians. For me, the unknown Aistian place-names were found in the Dniepre basin by the Russian linguists V. Toporovas and O. Trubačiovas, who have identified that there, Aistians have lived in a larger area than I thought.

Around 1920, the movement of language protection and purification against the barbarisms have started to devolve. I called the inordinate language purificators “language emasculators”, that is why I really hated the invented coinages that the worthless language amateurs, going with a language trend flow, “invented”. I always did announce that “This reducing of language treasure may take us to its impoverishment, ruin”.

I protected these old and for you already common words as: atspėti, boba, keliauninkas, kūdikis, labas, liaudis, marios, nieku būdu, pirmenybė, pragyventi, priepuolis, riba, sarmata, skriauda, stebėtinas, tik ką, užgaida, užmušti, užsigeisti, užtekti, vilna, krėslas and many more that could have been taken from the language. It is known from long time ago that similar sound words do not necessary need to be lent, but also they may be inherited from the old periods. And only the language science specialists, who have studied the sound development laws, can separate and identify it.

For science and vocabulary you have sacrificed yourself,

Modest, diligent and treasuring the truth

Staying still light, alive in the land of your birth <…>

So loved, cherished as the largest of treasures

Beside the blue “Žiegas” (the name of the lake),

Have written a native language

in to your heart.

Even though in the flood of the words

But we still see You 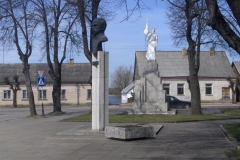 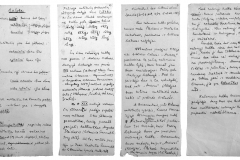 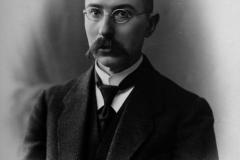 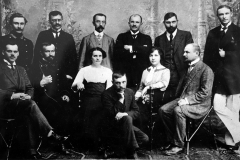 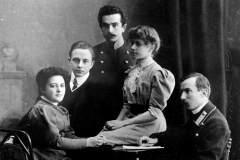 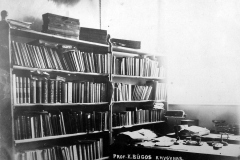 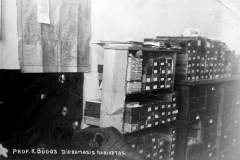 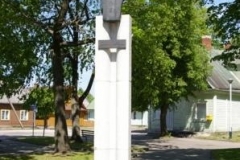 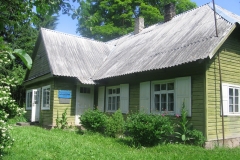 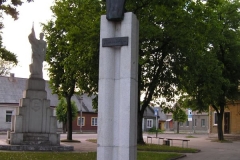 Exhibition Hall of the Memorial Museum of Kazimieras Būga (K. Būgos str. 31A, building of Dusetos Municipality, 1st floor) kindly invites you for a visit on working days from 10 a.m. until the 4 p.m.

References in the Internet: http://www.buga.zarasumuziejus.lt/kazimieras-buga/nuorodos-internete

Everything about the museum:  http://www.buga.zarasumuziejus.lt/apie-muzieju